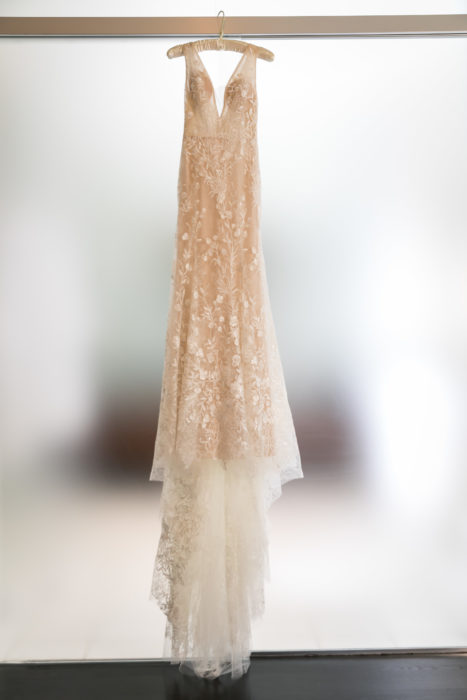 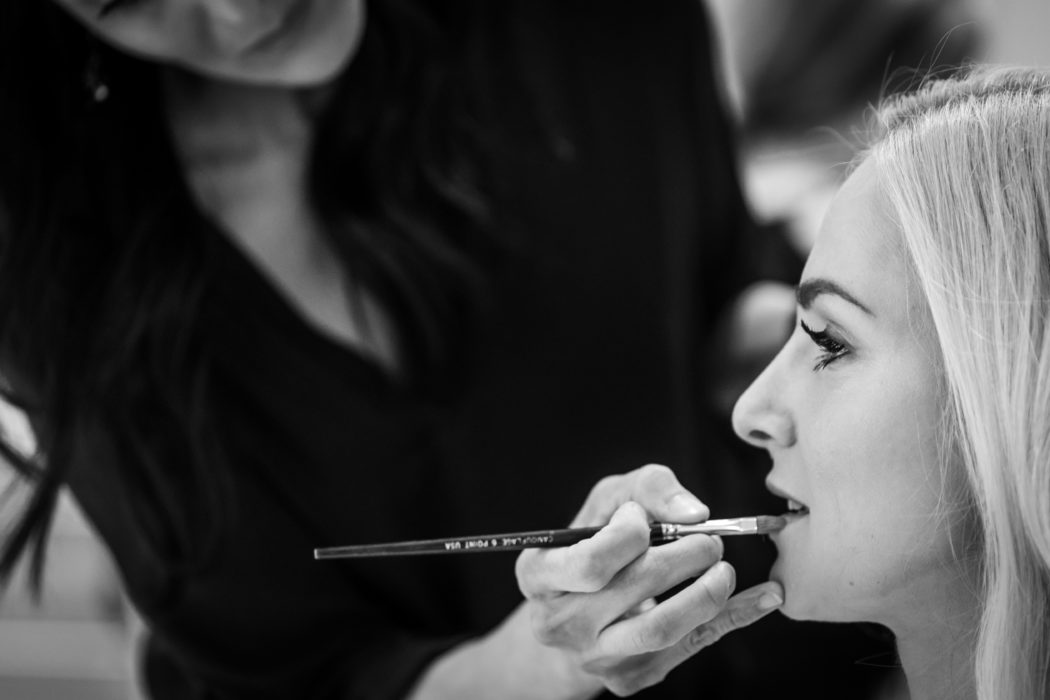 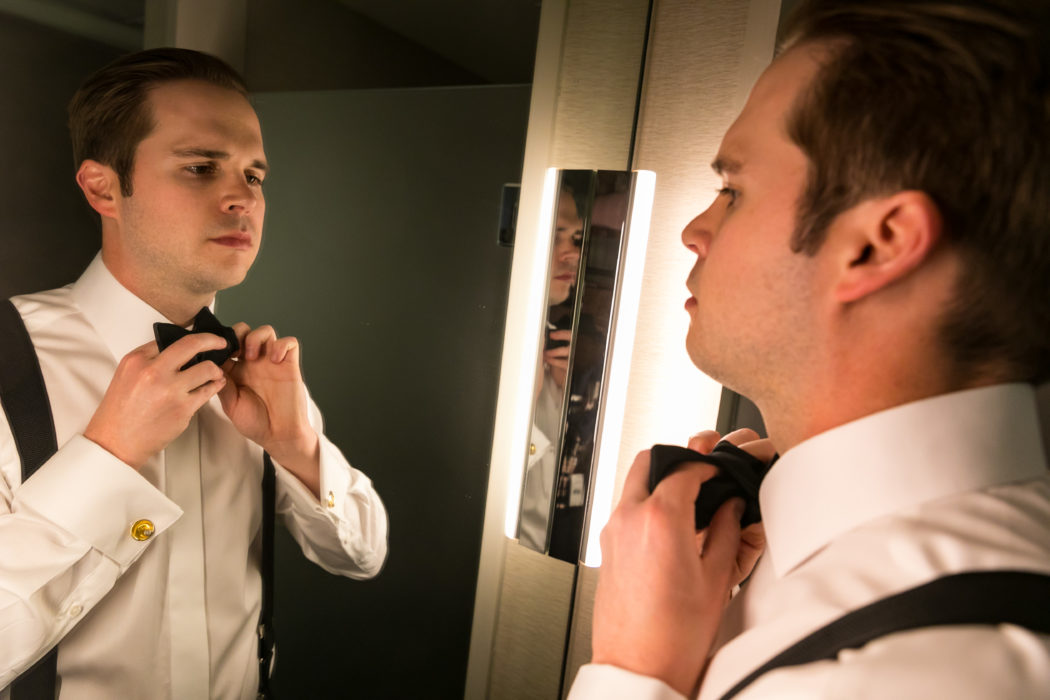 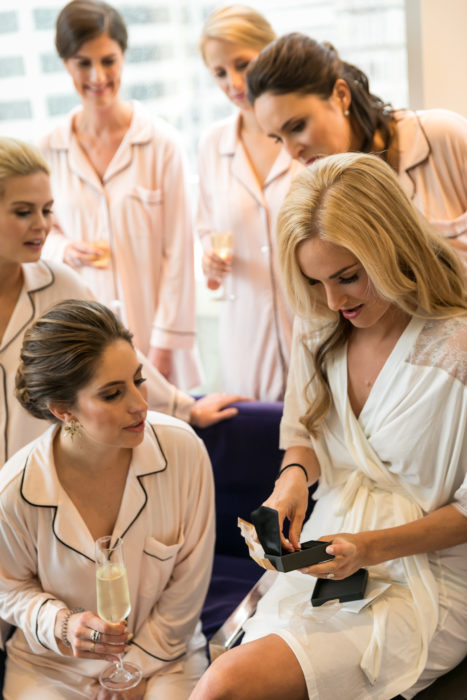 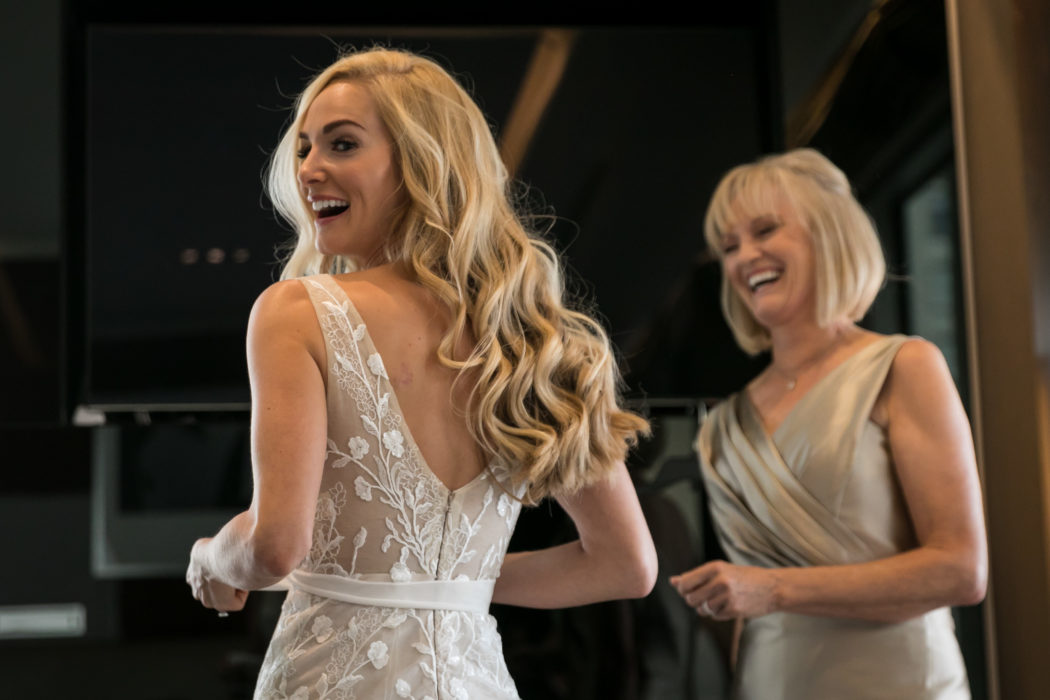 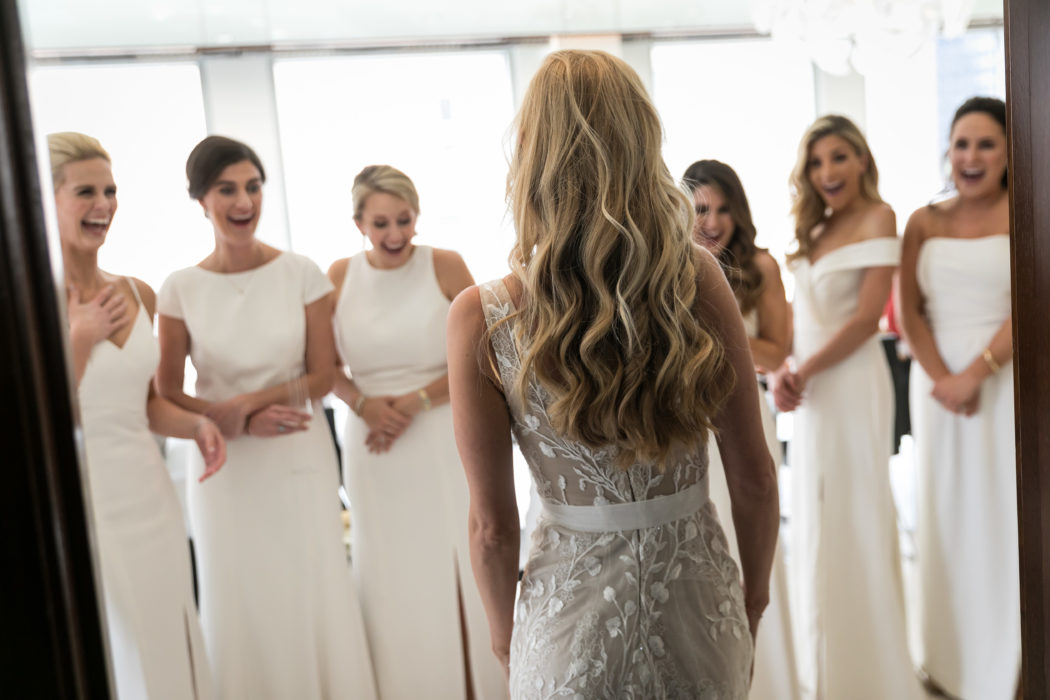 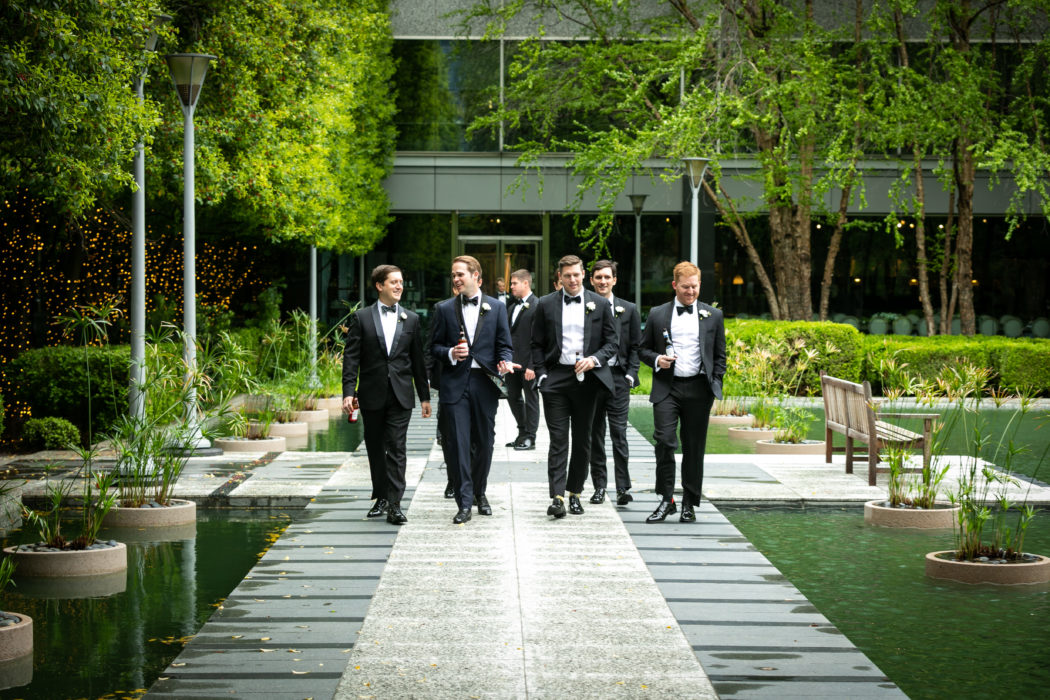 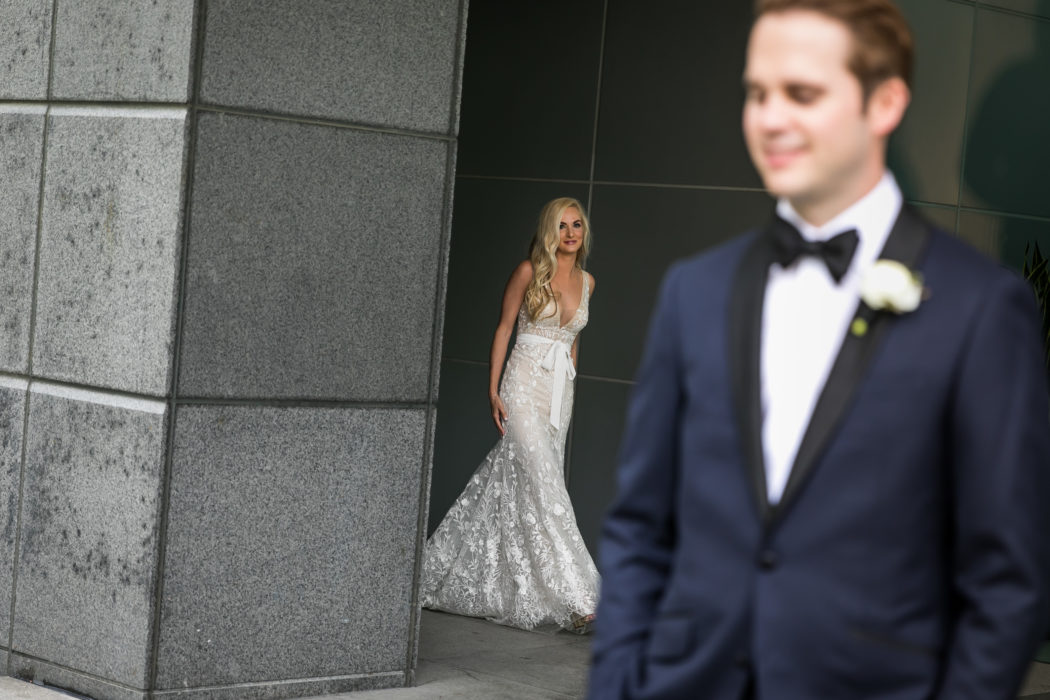 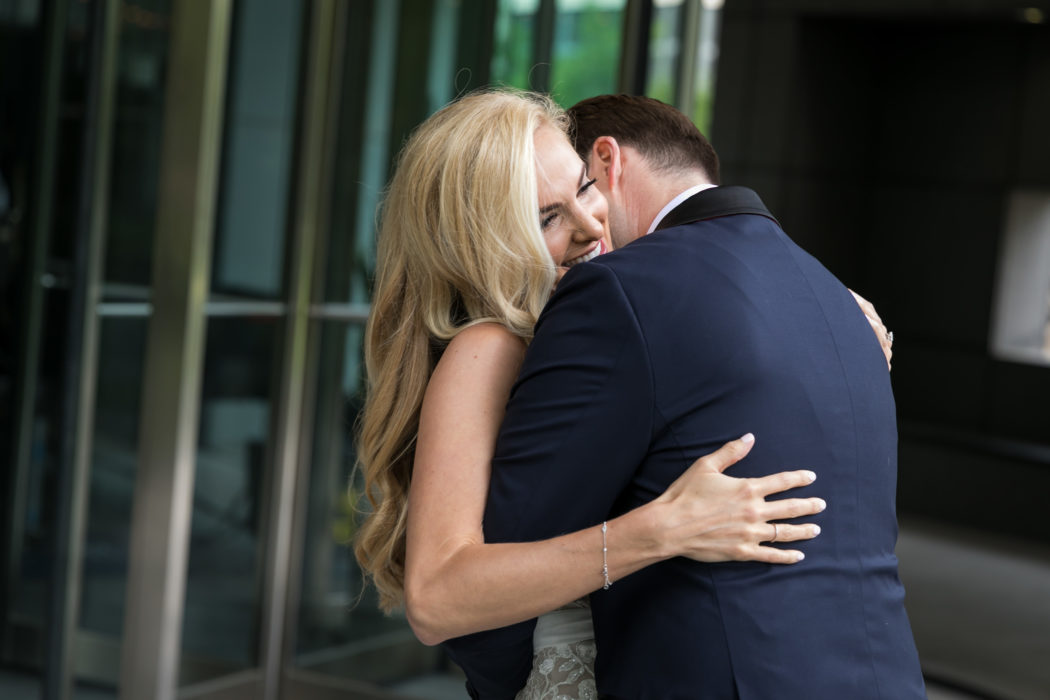 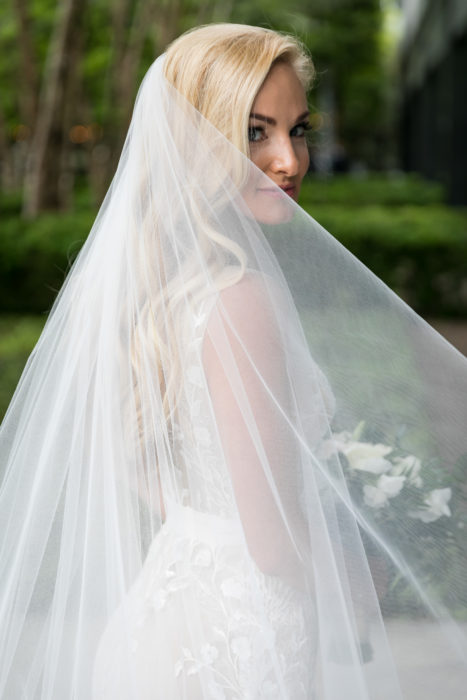 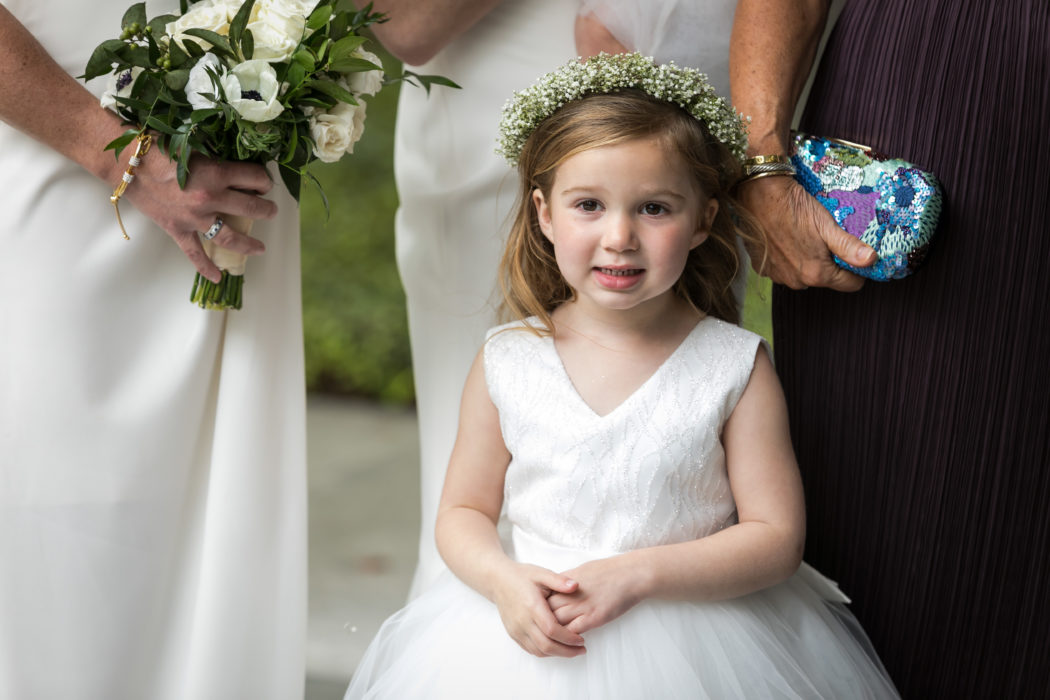 As Taryn Solomon descended down the aisle at Marie Gabrielle Gardens on April 13, 2019, she began to feel small raindrops hitting her arms. When she reached her groom Michael Russell, she saw the drops getting bigger and more consistent against his midnight blue tux. “We couldn’t do anything except laugh and embrace getting married in the rain, which was coming quick,” Taryn says.

Although the pair both attended the University of Alabama, they didn’t meet until they came to Dallas for an Alabama football game as alumni and mutual friends introduced them. Despite the fact Michael was living in Lexington, Kentucky, at the time, they began dating.

After nearly three years and Taryn making the move to Lexington, they took a spring ski trip to Telluride, Colorado, where he popped the question. “He is somewhat new to skiing, so I assumed that’s why he was acting nervous,” Taryn says. “He proposed while we were waiting for a table to open up for lunch at Bon Viviant, an outdoor French restaurant at 11,000 feet.”

A year after Taryn said “yes,” their nuptials arrived and so did the rain. While they made the most of their outdoor ceremony, they moved the reception inside the restaurant. Despite this last minute switch, the timeless white and green, ’90s-esque decor easily made the transition.

“We both knew we didn’t want a hotel wedding. We love the outdoors and the natural elements that a garden wedding brings. Marie Gabrielle offered such an elegant setting that truly felt like a European garden dream,” Taryn says. “We had such a vision for outside, so seeing the inside transform into an equally magical reception was amazing.”

And as flawless as Taryn looked on her wedding day, she maintains the hunt for her dress wasn’t as seamless as it might have seemed. With a total of 16 appointments in four separate cities, she finally found her dress at one of Dallas’ own. “All I can say is, I am so grateful for Stephanie and the entire Warren Barrón team for their support throughout the process,” Taryn says.

We couldn’t do anything except laugh and embrace getting married in the rain, which was coming quick.